In today’s digital age, coding classes, apps, and programs have become ubiquitous and are aimed at all ages, from toddlers through senior citizens. Kids are spending more time interacting with computers than ever before. Programming, in particular, has become the new literacy. According to a Computer Science Educational study, 90% of parents want their child to study computer science, particularly computer programming. However, the flip-side of the digitalization of society is that kids are spending more and more time in front of screens. Studies show that too much screen time during formative years can be damaging to kids. More than two hours of screen time per day has been linked to developmental and psychological problems.

This raises the question: How young is too young for children to learn to code?

Early Childhood Is the Optimal Time to Learn New Languages

It’s well known that children learn foreign languages much more rapidly than adults. In fact, the two-seven year age range has been shown to be the optimal time for children to acquire new language skills. Since computer programming is its own language, it makes sense that younger children would acquire programming skills most rapidly and are more likely to retain these skills than their older counterparts.

Most computer programming educational programs begin at the middle school and high school levels, but many believe that it’s best to begin educating students in programming earlier than this. Planting these seeds sooner creates a strong foundation for kids to build on their programming skills throughout their formal education.

Studies show that children are able to understand basic logic and three to five step commands by the age of four. These concepts are the building blocks to learning programming. Coding also teaches kids to use logical thinking and break down a large problem into smaller pieces in order to solve it. They learn that if the first solution doesn’t work, they need to think of another one and keep trying until the problem is solved. Coding can assist in developing these critical thinking skills in kids.

Coding can be considered as a “math language”. It allows students to use logic and calculation skills while also tapping into their creativity to create something tangible. Students who may not normally have a strong interest in math may truly enjoy coding, and they will grow their fundamental math skills without even realizing it. This can help boost their mathematical abilities and interest at a formative point in their education, which can benefit them throughout their schooling.

Coding is the Future

Children who start learning to code early will have an advantage in life with more employment opportunities available to them in the future, no matter the industry. Computer programming skills are sought after in nearly every industry – healthcare, finance, government, retail, and more – not just the technology sector. Programmers are in high demand as technology advances, and, because qualified computer programmers are sought after, they command high starting salaries.

Overall, there’s no such thing as “too young” for kids to start learning the fundamentals of coding, so long as it’s presented in a way that’s appropriate for their learning level. Though studies show that it’s important to limit overall screen time for kids, coding can be easily integrated into kids’ daily screen time allotment. With the prevalence of coding apps and games targeted to younger kids, they may not even realize they’re learning while they’re having fun!

Get the best viral stories straight into your inbox! 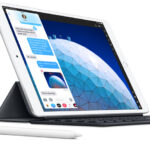 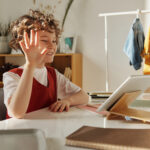